The Many Hats of a Real Estate Investor

Here is some great news! If there is a hat you don’t like to wear you can always find somebody to partner with! With that said…. Whew! Real estate investors have many job titles that are not always seen from the outside looking in. Just as a quick reference here is a short story of a property I contracted the other day.

Yay! We Got a Lead 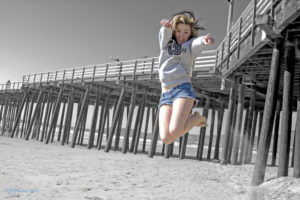 Got a phone call at the office from a motivated seller that had a property going to foreclosure auction in 2 weeks. Looking at the numbers it would resale at around $114k and according to the seller he only owed $49k and would like to sell for $55k. Running some quick math it seemed like a high potential for good profit so we set an appointment for that afternoon.

Fast forward an hour or two and I am pulling up to this mans house, and there is a HUGE pile of furniture sitting at the curb. Seller is sitting on the tailgate of his truck next to his daughter who looks to be in her early twenties. The seller seeming somewhat exhausted I walked up and started up some casual conversation asking him about the furniture, his day etc., and then I ask for a quick tour of the place. He just points over his shoulder to the front door and says have at it.

As I am walking towards the door the daughter catches up to me and asks if she can tag along. I have no objections so we proceed to walk into the home together.

Daughter turns to me and says, “ok, so what is it exactly that you guys do?”.

I respond with the typical we buy houses info and she looks at me completely confused saying ” I thought my dad said you were going to refinance the house and let us stay here.”

Everything went from cruise control to boxing referee in 2 seconds.

What was going on, and wasn’t disclosed on the phone call, is that the seller was renting the property to his son and daughter in-law, and to the best I could understand between the door slamming, threats, flying debris, and everything else, is that the tenants were paying, but father wasn’t paying the bank. All I can say was there was a lot of family drama, and pissed off people coming in and out of the house. 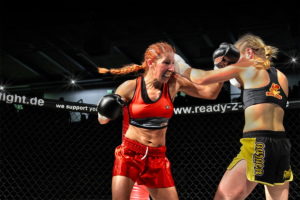 Hmmm…. I was definitely still wanting to buy the house and I go to work trying to diffuse the situation. I start by getting everyone separated so the fighting can subside. After doing so I am able to sit down with the father for a moment to review the options and see about moving forward with a purchase agreement. We agree on a $58k purchase price, and start putting the paperwork together.

As part of this process I ask to see his most recent mortgage statement. Amazing how what’s on paper can be so different than what is said. Mortgage statement showed a principal balance if $60k and $3,500 in past due payment. That’s a wee bit more than the $49k said on the phone. Now the numbers are starting to get a little tighter. I review the numbers and decide that it could still work as a slim rehab, or a decent wholesale. So after talking with seller I let him know it is a higher price than I would normally want to go, but since he is in a situation I think I can help him out.

So the seller asks, “so how much money will I make”

“Well sir, with the amount of money owed there isn’t a whole lot of wiggle room to negotiate, but I can get the sale stopped and help with getting your son and daughter in law a place to stay”

Without saying much else other than “If I am not getting paid I don’t much give a damn” he stomps off back towards the house were the rest of the family is and I follow him. 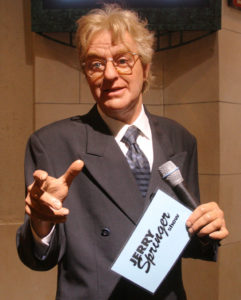 Now that we are back in the house the tempers start rising again and family is just laying it all out there on the table.

After close to two hours of this I finally got an executed contract. The final number was $69k and the father agreed to split it in half with the tenants (son and daughter in law). Now, true, the final number made this property unsuitable for a good rehab, but the property could still be moved as a wholesale with approximately 2-3k in profit.

Although I left out some detail to save time. The point to this article is that you will find in many situations you deal with that you will not only be an investor, but you will also be a therapist, referee, coach, moving company, concierge, or whatever else problem that pops up needing to be solved.

Tell me about one of your crazy stories in the comments below.