Connor Steinbrook from #InvestorArmy was in the #PropelioStudios talking to Daniel Moore, about his experience in wholesaling a house with a dead body buried in the back yard.

Who is Connor Steinbrook?

Connor is a full-time real estate investor in Dallas/Fort Worth. He runs three companies in North Texas… ConnorBuysHouses, Metroplex Invest, and Investor Army; a wholesale company, acquisition company, and a consulting/training company. From 2003-2011 Connor was a top online poker player up until “Black Friday”, April 15th, 2011, when the United States Government shut down the online poker sites, losing his career overnight. Connor had to start over and a stumbled into real estate after watching HGTV and youtube videos. After some struggles he learned the business. He started Investor Army as a way to help change people’s lives the way real estate did for him.

A couple of years ago, when I was still working with 2020REI & DFW Investors, I got a random phone call from a local investor (until that investor comes out publicly, we’ll just call him “Bob”) looking for an attorney referral. I asked “Bob” what was the problem, and to my amazement got a 30 minute break down of absolute WTF… (this is “Bob’s” story) 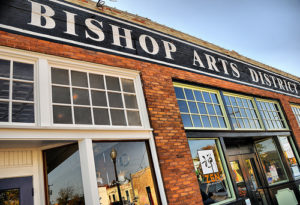 “Bob” bought a house in the Bishop Arts District, thinking he had a great deal on his hands. Buy it for $200k-ish, put $100k-ish into it, and sell it for $400k-ish. In the middle of the rehab, his workers were digging up the back patio, and came across a fairly offensive smell. It was so bad they called him up because they were suspicious it might be more than just a dead animal. “Bob” chalked it up to paranoia,  but went to the house to see what they were worried about, though he was convinced it was most just an animal. Once there, they continued digging until they came across some plastic and were hit with a much more overwhelming smell. It was then determined, it would be best to call the police.

“Anyway we could keep this low key?”

When the police showed up, they walked up with an attitude of having to deal with false alarms all the time. One of them grabbed the shovel to rip open the plastic, and immediately the smell increased 10 fold… Attitudes changed immediately… people were sick to their stomachs… and “Bob” politely asked “anyway we could keep this low key?” 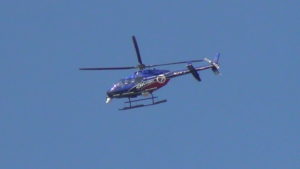 Next thing “Bob” knows… there are helicopters in the sky, news channels in the front yard, and he sees all his potential profits floating away. A dead body in the back yard is pretty damn bad, but would you believe me, if i said it was worse than that? Turns out, the deceased ended up being the homeowner. The original seller had murdered the homeowner, and assumed his identity in order to sell the home.

The reason “Bob” was calling us in the first place was because the Title company wasn’t paying out title insurance because no one was claiming the house. So “Bob” had this house, that he spent a pretty penny on, already sunk some money into the thing, and wasn’t gonna put another dime into it because he was worried he would lose title anyway.

Don’t believe me so far? Click here for the original story.

So how did all this start?

It all started with a wholesaler, Connor Steinbrook, and a Craigslist Ad. (Stick around for a lesson in how to use craigslist ads to find motivated sellers)… Connor goes to the house, and the seller No-Showed him… Connor calls seller, and gets permission to go inside and take a look around. So far so good, this is kinda typical in buying distressed homes…

Foil on the Wall 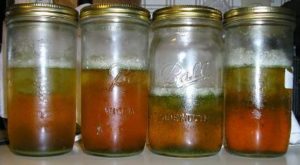 When you are on a buy call appointment, you tend to come across some weird Sh&t. Urine in glass jars is nothing new. Creepy dolls in a closet? Typical Tuesday… There was something a bit OFF with this house… There was foil on the walls. Now, that may not seem as strange as urine in jars… But its a new one to me! and it was new to Connor as well. Why would someone put foil on the walls? Whats behind the foil? Nothing nefarious in foil… but come on… kinda creepy!

Speaking of creepy… Here is where it gets spooky… while in the “Foil Room” Connor started getting the Heebie Jeebies (Spelling???) A cold presence… A shiver up his spine… Ghosts in the room? 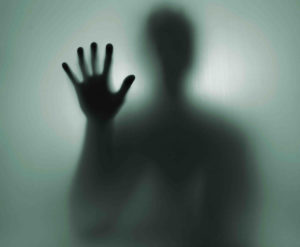 Connor picked up the phone and called an investor buddy of his… “Hey man, this place is haunted!”… What do you think his buddy’s response was? You’re probably thinking the same thing… “Don’t tell anyone, they’ll think you’re crazy!” – Well Connor bit his tongue and back to business.

Face to Face with a Murderer

Finally the “seller” shows up… Psych ward? Google is following him? Explains the Foil! But, “If you are in the business long enough, you are going to see the other side of the world”. If you want to make money, you deal with it!

Connor was sitting on a MONSTER win! Lets grab those Calculators…

So here is where Connor’s big payday goes to sh&t… He was in the middle of showing the house to his first potential buyer, and the seller freaks out on him. He didn’t like having more people in the house. So instead of make $100k on a wholesale, he had to settle for $15k, cause thats what the first buyer was offering. That investor ended up closing on it, and wholetailing it on MLS for the profit Connor was planning on making (Thats a different story for a later date).

At Closing, it got a little weird. For one, the ‘seller’ wasn’t aware of a lien against the house, but they got through that. When the title company attempted to pay the ‘seller’… Cashiers check? a Wire transfer? “I WANT CASH!!!” The Seller went batsh&t crazy and nearly lost it. Everything was eventually settled.. Seller wasn’t happy, but walked away.

Connor received a healthy $15,000 on his assignment… Not quite the big score he was planning, but still nothing to cry about too much.

Time to Fast forward in the story

So as you know, the house ended up having a dead body buried under the patio. Who was the victim? Ended up being the actual homeowner and the “seller” was the murderer (I hate how you have to typically say “alleged” here – i mean come on… he did it!), and stole the guys identity to sell the house. Eventually the police came knocking on Connor’s door, NOT AS A SUSPECT, but for information. Can you imagine being a Real Estate Investor trying to explain assignments & wholesaling to police in the middle of a murder investigation? Hopefully you never have to deal with what Connor went through.

“You made how much without touching the house?”

The biggest take away from this story is that you really never know what you are gonna get when you walk in a house. You just need to be prepared for the unpreparable (its a word now!)… I know that makes no sense… but you need to be on your toes. One day you may be meeting with a sweet old lady, and the next… you’ve got ghosts and murders. Speaking of ghosts, Connor enjoyed that call with his investor buddy/partners of his:

“Remember when you said I was crazy?”

So in summary… Ya, Crazy horrific story. There is definitely more to hear, and we will work to get that to you. In the mean time… Stay tuned to Propelio’s YouTube  and Facebook for more interviews with Real Estate entrepreneurs and educational videos, giving you all the tools you need to be a successful investor.

To carry or not to carry? we would love to hear your thoughts on this. Daniel is for it. Please go to our forum and tell us what you think.

Definitely will need to hear about that in the future!

Disclaimer: Ryan is not a professional writer… though his mother did name him “Ryan Scott Harper” in the hopes that he would one day become a writer like F. Scott Fitzgerald or something like that…